Been obsessed with Crystallmess since her Boiler Room last year, based in Paris, Crystallmess offers such a refreshing take on a rave set; a captivating and emotive mix of tracks that has the power to move even the most rigid of ravers. SWV is featured in this mix. That's all you need to know. 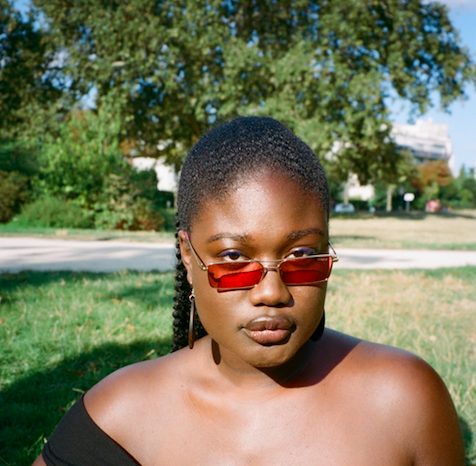 This mix is 100% dedicated to the spiral. It’s like having a meltdown but keeping your composure. I tried to keep the same BPM (which I rarely do) and energy : lots of trancey, dreamy synths mixed with hard hitting techno, logobi and kuduro. A balance between intricate and hypnotic afro-rhythms and other things.

It’s always an experience recording a club mix outside of a club because my DJ Sets are super informed by my perception of the crowd, the dancing, the generosity, the general atmosphere but now I’m alone in front of my CDJ’s and my own demons.

In Paris - in a bar called L’Isolé that probably stayed open for 6 months - with my friend Jean-Hugues and Anastasia from the Berlin Community Radio (RIP BCR).

PDA was an incredible experience : the amount of fierceness and freedom I came across was unmatched. I most certainly heard the best sets of my life there. I played alongside SUUTOO and SWEYN J and dropped bits of Nicki Minaj Queen Radio spirals into evil kuduro tracks, the ultimate GAG !

It’s a very difficult question. I have many fav DJ’s but I would say Manara because she has the ability to unite and make the crowd get down all while showcasing her own takes on classics. She might throw a Bollywood sample on a grime track that samples Timbaland. There’s always so many treasures, it’s fun and both club kids and your aunties can dance to her mixes.

Recently, I played in the eastern part of Ukraine and a girl came to me told me she felt like she had six ears when I DJ’d.

I would FOR SURE love to play in West Africa and in the caribbean of course. But really just everywhere where people are willing to groove !

I’m sensitive but also cues « Act Up » by City Girls