Lisbon’s kit ket affiliate Ketia delightfully blends pop classics with rave bangers pulling us out of the new darkness we’re all currently coming to terms with and into her own way more desirable world. 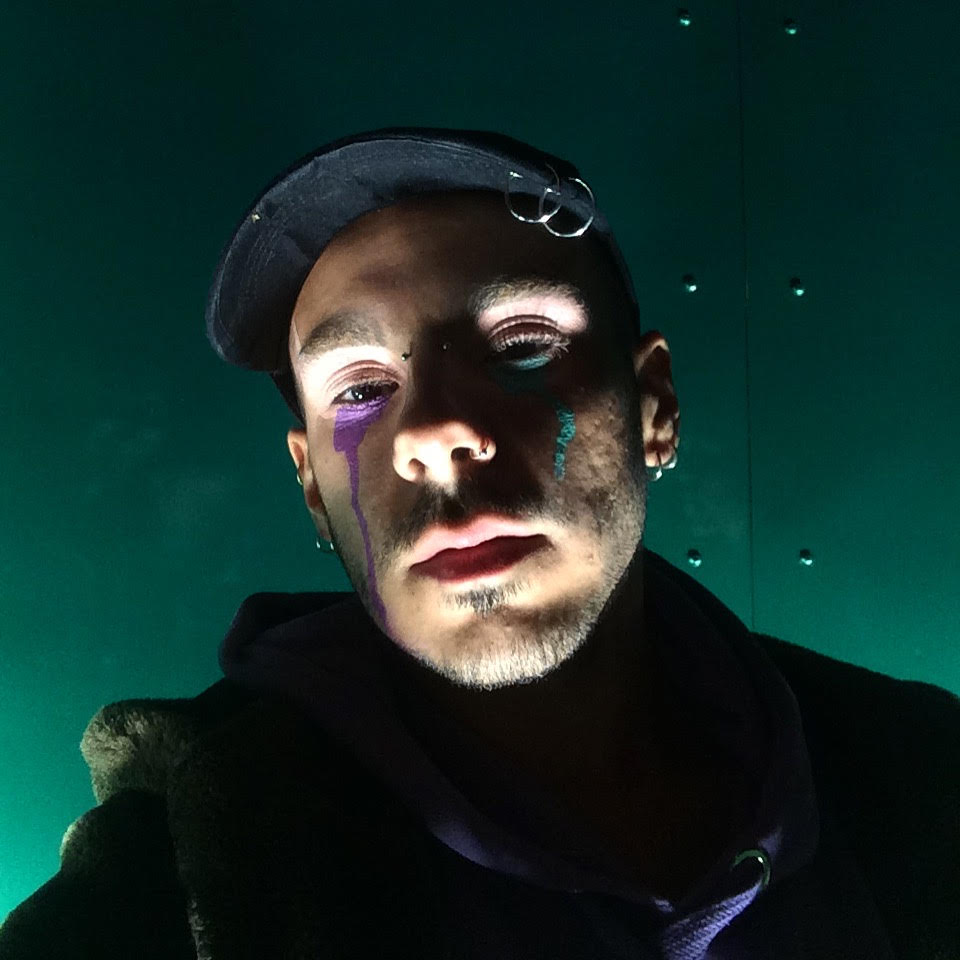 Something in between pretty and bitchy. I was planning to do something intense with a deep strong message but i really struggle with seriousness; instead I chose to select the tracks I’ve been playing the most lately and that either make me go off or make me cry out of it’s beauty or maybe both.

2017? I’m baby. I started by doing 15 min mixes on Virtual DJ and then got a controller end of July that year. I then integrated mina in August and Violet and Photonz came round my house for weed and suggested I came down by Radio Quântica to teach me how to play CDJs.

September 2017 in Porto for a Rabbit Hole! Invited by Marum after sending him one of those 15 minute mixes. Was a really sweet affair, we all rode the bus together and stayed the night. Felt like a school trip.

I cannot choose just one, I’ve been really blessed to play so many cool events.
Mina December 2017 was the most raging iconic underground queer event I ever experienced and played.
I might be biased but Kit Ket, the collective I integrate with some other Lisbon queer cuties; the closing sets are usually done by me and things get weird <3 many of those memories get me through the darkest times
I have to mention:
Mala Junta in Ved Sieden Af, I love their crew and they made me feel like family. And never a crowd gave me so much love and hand hearts and notes on their phones and hugs.
Whole festival was a highlight of 2019 and it started a lot of good new things for me. Also never seen the crowd losing it so much…
And Club Captcha in Sydney is a recent one I won’t easily forget. It was a cascading b2b time set up: every dj plays 1h30; 45 min with a different dj and they keep entering and leaving. I b2b with Dj Fingerblast and you know when you know you got booked for your silliest side and feel like you can play anything and see all your friends on the floor and the night is peeking and everyone is just losing it.

Then again, I’ll try to keep it short:
Yoni is a genius!!! I’ve seen her mix disco into gabber flawlessly. Never misses a beat and always a fckn mood.
Viegas is a big source of inspiration and validation, my DJ soulmate. <3
Kerox never fails to impress me and having me on auto Shazam for two good hours.
Hyperaktivist always does it for me too. She puts the rhythm in Berlin techno playing around with her latin references and cheesy trancey remixes <3 always makes the party reach the boiling point.
Joe Delon and Varela have made me audibly moan with the way they mix their transitions way too many times. Definitely DJs to be watched.
Eris Drew is maybe the biggest reference I could mention. From who she is to her music selection and the intention she puts into her craft. I’m too young to have that kind of grasp and notion of who I am as person and artist and of what I want to say. Looking forward to get to where she is.

Sorry…:
Arca is definitely the biggest reference for me right now. You know why.
Stasya, Odete and Saint Caboclo from Circa A.D have been making some of the most beautiful hardest music out there. Special mention to Stasya’s debut EP Aspas that never fails to make me sob.
DJ Fingerblast and Lobsta B on the donk side of electronic music for sure. I get a lot of credit for playing bold pop remixes but it’s mostly only possible thanks to them.
Golpesar and h_ri, my 999 angels, are both insane talented producers: Golpesar is in the shadows at the moment but he’s coming and it’ll change things; h_ri is an Ableton genius and knows how to make anything and everything;
Violet and Photonz are insane producers that have been delivering good tunes consistently for long now. Just really really good musicians.
BLEID’s live sets have made me cry at least 3 times and that’s all I’ll say.

Hmmmm I don’t enjoy when the lights are on me and the rest of the room is dark… I want to see the crowd and feel the energy; or let’s all be in the dark.

I keep getting a lot of: ‘I haven’t lost it on the dance floor that hard in a long time, I needed that’;
I know of a German kid who saw me play once and that she holds that set very dearly in her heart, wish she would talk to me <3

I’ve got my eyes on La Darude at the moment. It’s an eurodance hard trance themed party in Paris: looks and sounds like home :9
And LONDON hit me up! Looking at you HTBX ;) Also PLANET FUN ! DJ Fingerblast’s donk inspired party.

I’m a trans non binary girl who uses she/her/bitch pronouns. I suffer from body dysmorphia and I was diagnosed with Borderline Personality Disorder and Chronic Depression when I was 16. I’ve been medicated for 7 years and i need it to be functional. I struggle with drug addiction on and off.
I’ve been suicidal for maybe 10 years now and found a way of dealing with it.
And be sure of this: this isn’t a pity party :P

I’ve been trying to be as vocal as I can about my struggles and identity. Not because I care for sharing that much lately but because I spent too many years looking for references without being able to find one. Trans people don’t exist in History books or museums. We don’t learn about us in school or anywhere really. I felt unreal for a really long time.
And this is why Odete and Arca and Stasya and Juliana Huxtable and Eris and Octa Octa and Ariel Zetina and Rui HO and Lyra Pramuk are important to me. By sharing their stories, struggles and art it validated mine as real.
So I throw Kit Ket and prioritise fem people so we can all gather safely and have each other as references. A lot of us are going through the same and by sharing it together we’re stronger.

And so, to answer the question, I want you to know: I’m doing really good! I created a life and a community I’m happy to exist in. I’m still learning how to cope but it keeps getting better.
And I want you to know you’ll be okay too.