From Almaty, Kazakhstan Nazira is carving out a progressive space for techno music through her party ZVUK. We also met during Unsound festival and learned a great deal about her experiences of trying to making room for a counter-culture. She's a resident DJ for one of Berlin's leading queer parties Room 4 Resistance where's she's gaining rapid notoriety. So excited to present her mix for us which is choc full of gratefully dark slamming percussive sounds, super energizing and satisfying journey. Q&A and mix below 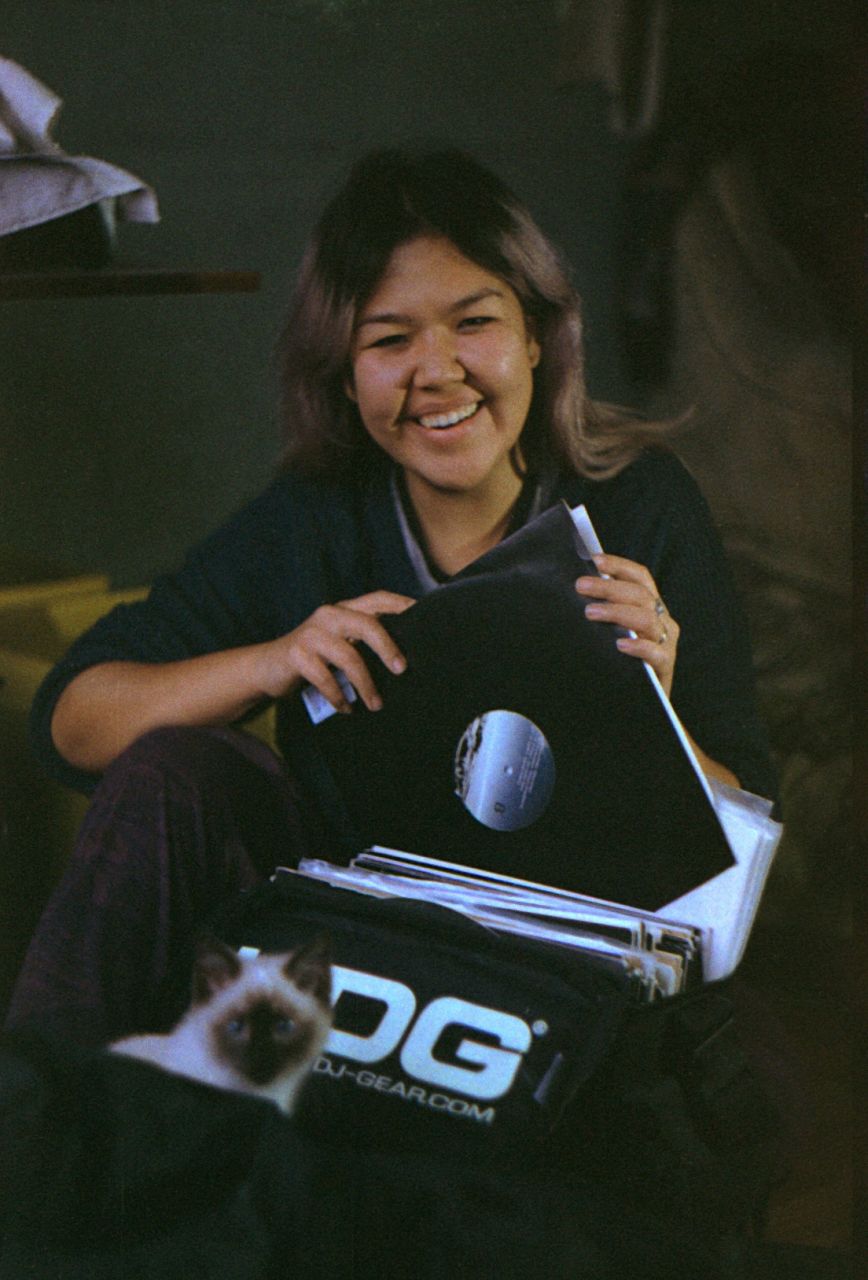 All my mixes are bound to the mood I am in at the moment I record it. This mix caught me in rather good mood and I wanted to record something you could hear me play in the club at 3 am. Consists of things I enjoyed listening to lately.

Me being a bedroom DJ goes back probably 6-7 years but the first time I played out in the club was 3.5 years ago.

It was in Almaty – I was invited to play with a DJ -duo Bazhanov Brothers – probably some of the DJs I like the most in Almaty scene. They also gave me a prime-time slot which was nerve-racking. I scared everyone away with my set – I was playing super intense techno none expected so everyone was leaving the dancefloor like it was hot lava. And of course I was super-nervous so my brain and musical sense just failed on me so I couldn’t deviate from the plan I initially had in my head even a little bit. So by the end of my set there were like 5 people left.

It has to be one of the first parties of my ZVUK series I run in Almaty. They were held in a post-soviet bunker which already set the scene right. There was no cell service, you couldn’t walk in and out because it was surrounded by residential houses so we had to be very quiet. So people were forced to be present all the time – no zoning out into facebook messenger and no going outside for half-hour smoke, you either dance or have a cigarette and some rest in the bar area. As a result the bunker was turning into sweaty dark box with people just being up for anything. I used to play risky and take twists and turns and people were just letting you throw whatever music you wanted at them. All of that also being surrounded by friends and being in your home city. Playing in Almaty where any club culture hardly exists – you can feel that you’re actually doing something that is worth doing and you feel that people are grateful for it which makes it super special.

I like and respect many DJs but difficult to choose just one. Just a few who come to mind – Olivia (who I played b2b with at Unsound), Lena Wilikens, Bristol techno gang – Hodge, Batu, Peverelist, Gigsta who plays music with sick drums and Objekt and also Noncompliant. But there’re many others, those are just off the top of my head.

When it comes to music – it is so varied and wonderful in all its aspects – makes it hard to choose one favorite. So I would suggest just listening to my mix which consists of my favorite producers (plus many others not included here).

People asking you to play the song/track they like.

I didn’t expect it from you!

I actually never thought about my dream places - the whole concept of me playing internationally is quite a dream to be honest and something I couldn't have imagined 2 years ago. It was just very crazy to think that I could ever play in the club/ festival where my personal heroes play or sometime even share the stage with them. So every gig I play away from home is kind of like playing a dream place.