Yes the legendary Octo Octa! So happy to be hosting this almost 4 hour set she did at the PolyGlamorus anniversary party this past weekend just in time for our Discwoman party tomorrow at Corsica. An anchor in the NYC electronic community, she has been driving and characterizing the sounds of NYC electronic music for many years. Her productions are some of the most moving and her DJ sets offer the same emotional impact that we adore. Check out her mix and q&a below: 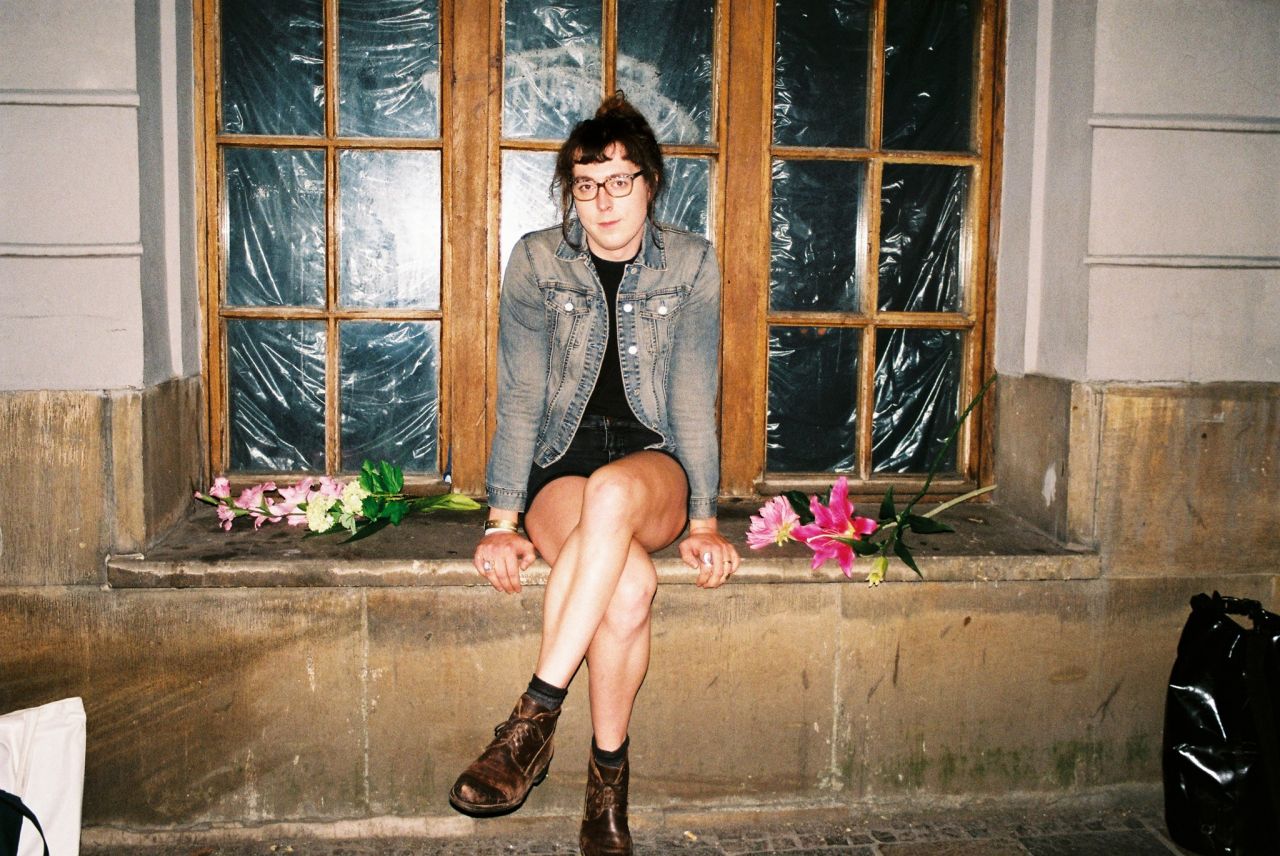 This mix is a recording from the Polyglamorous 3 year anniversary party in San Francisco that I played last weekend. It was an incredibly fun night and probably the first time I DJed without shoes because I was wearing heeled boots that killed my feet the night before.

I first bought a garbage turntable package from Numark when I was 13 years old and attempted to learn to DJ, but eventually sold one so that I could buy a box of Magic cards when I couldn’t find out where to buy the appropriate records in New Hampshire. Only a year or two later I got my first drum machine and started to experiment with electronic music.

I’ve been playing shows since I was in high school. So my first real big show was playing a benefit show with my friends Craig and Ben where we just brought every piece of gear we had regardless of using it or not. We laid it all out on a giant piece of plastic where we drew outlines of where each synth should go and drew the connections to try to hook it up faster. It was fun, but maybe not the most successful live set…

That’s hard to say, the past few years have been incredibly fun. Honcho campout last year was a super fun set out in the woods surrounded by a ton of stone slabs. Also playing a ton of break and jungle at In Training in January got me the most spun ever during a set. I lost it haha <3

That’s too hard to say. There’s far too many people that get me going, but my friend Joel, Golden Donna, always sends me such amazing music that he makes. He continually blows me away with his productions and I’m constantly jealous :)

If someone is in the booth and I don’t know them, particularly when they ask to touch either the mixer or turntable. I really don’t get what they are trying to do.

DJ Sprinkles once did an edit of a 2min track I made years ago on a tape and extended it to 8min. That blew my mind.

I love being in Lisbon so playing back at Lux would be wonderful.

I always have my Nintendo Switch with me on tour, so if anyone ever wants to play I’m ready.