Dj/producer vveiss is an anchor in the brooklyn underground, their monthly queer party Xiao Ma Party Zone at Bossa Nova Civic Club has been instrumental in encouraging the blurring of techno lines; making way for nuances and experiments within the genre. Their mix, embedded with their own productions, reflects this exact sentiment, they lead by example of how coherently limitless and lawless mixes can be. 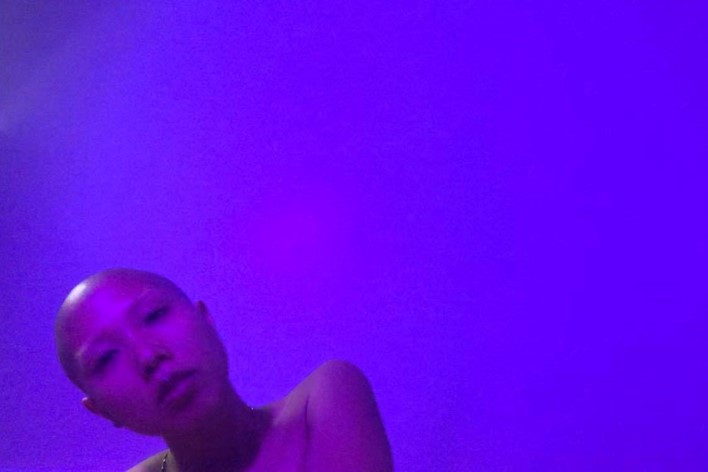 it’s just an easy, semi-topical, 2020 quarantine era mix, putting sounds to some of the twists i’ve been exploring in my own psychic space.

i think i must have been 7 years old when napster happened and my brother showed me how to get music and burn mix-CDs. i’ve been a pirate and performer of many forms of music ever since but only got to touching the CDJs in 2015…the rest is history.

it was so strange. it was at the first iteration of holyrad studio. not knowing better, i rigged ableton and maschine 2 as a DJ setup. i thought i was doing a lot of interesting blends but people kept requesting “jumpman” over and over again. but even just the tediousness of DJing in ableton alone nearly convinced me never to DJ again.

hard decision between the x-tra rave, the gay sex club in bogotá, or any of the times i played home court at Xiao Ma Party Zone!

deflector—also a favorite DJ—and way too many more to name.

i got accidentally looped into an email thread once while babycastles were planning a fundraiser for their newly formed nonprofit entity. i over-read that they wanted to book me, but feared that my music would be “a bit too harsh” for an earlier slot in the night during which they needed to appeal to the straight-laced monied folks for donations.

a free rave somewhere in nature, or maybe tresor, where i first fell in love with techno as a teen with a fake ID.