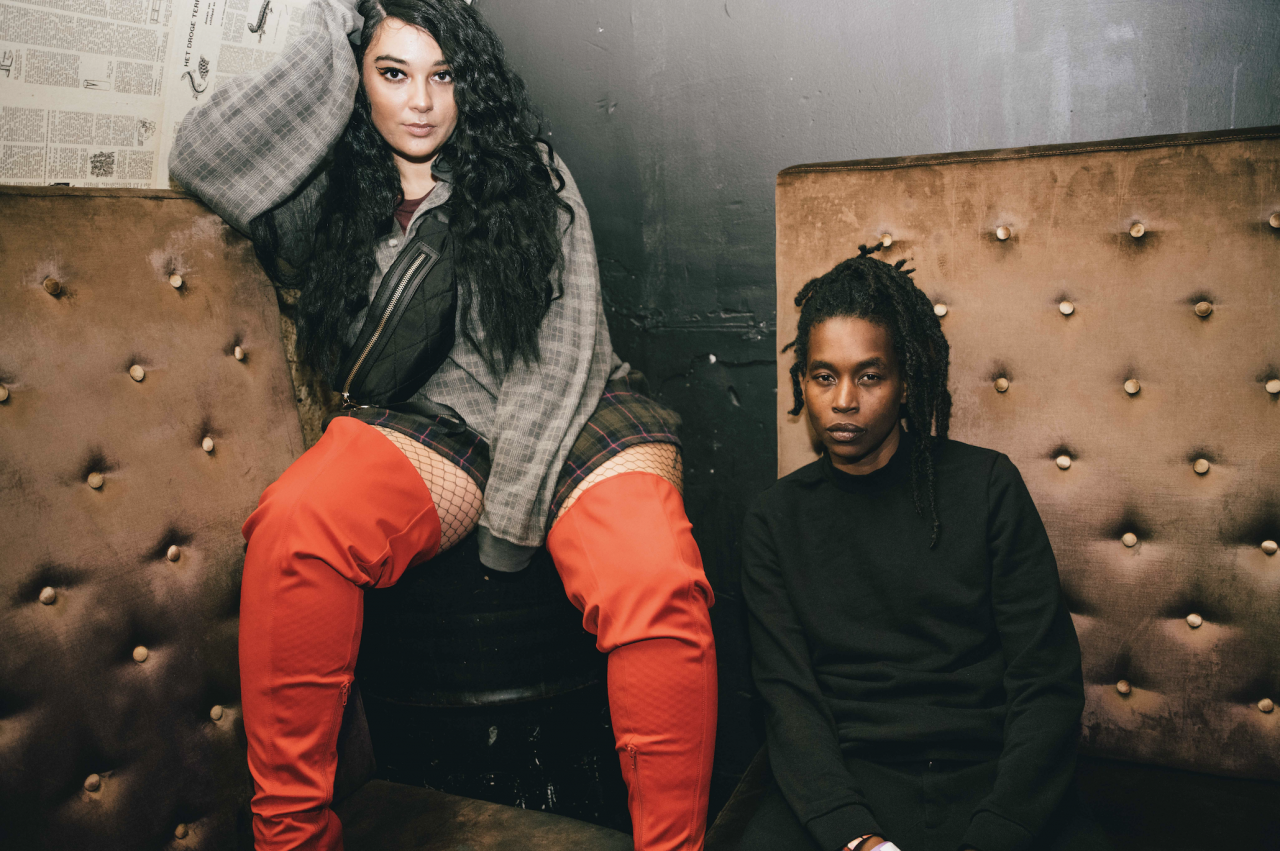 700 Bliss is the collaborative experimental club project of Philadelphia artists DJ Haram and Moor Mother. Paired up creatively since 2014, the duo released their first EP, Spa 700, on Halcyon Veil and Don Giovanni in 2018.

DJ Haram and Moor Mother met amidst Philadelphia’s thriving art and music scene, where several disciplines intersect with each other in addition to the local political activist community. 700 Bliss’ music reflects an all-encompassing approach to style, filtering rap, noise, club, and folk through modulated and distorted hardware samplers.

With their debut EP, Spa 700, 700 Bliss offer anxious rhythms. Layered sounds are balanced with delicate and eerie beats that contain both samples and found material. They work to create previously unheard melodies that propel lyrics of struggle, subjugation, and social alienation in an unjust world.

Outside of 700 Bliss, Moor Mother and DJ Haram have stamped their identity on the contemporary club and electronic world with a slew of releases over the past three years. Moor Mother’s breakout record Fetish Bones was followed quickly by The Motionless Present, along with a split EP with Jewelry, entitled Crime Waves. She also became part of free jazz and spoken word group Irreversible Entanglements, who debuted their eponymous LP in 2017.

Part of the Discwoman collective, DJ Haram has been touring steadily across the world, releasing mixes for online platforms such as The Fader and Truants. She hosts Rage Radio on Rinse.FM, and has created several remixes and original solo productions since 2016.